Ozarks Dharma Community (ODC) is a non-profit organization made up of a diverse group of practitioners who share the teachings of the Buddha with each other and with the greater Springfield, Missouri region. We are inspired by the Theravada Buddhist tradition, but open to all.
This sangha unconditionally welcomes all people, from all walks of life: all races, all nationalities and cultural backgrounds, all gender identities, all sexual orientations. We recognize that strength and wisdom comes when humans give and share of themselves openly and respectfully, and we celebrate that together we can do more for our community than apart.
ODC is composed of Facilitators and a Board of Trustees. Facilitators guide Saturday meditations and the Board of Trustees provides governance.

Christie Cathey is a social psychologist who has long been interested in the study of the self - particularly in understanding the effects of culturally influenced self-construals on motivation, emotion, and cognition. She sees her attraction to Buddhism as a natural extension of her early academic pursuits. That is, what most draws her to the Buddhist path is its systematic methods of loosening one's self boundaries in ways that lead to greater peace, freedom, connection, and psychological well-being. She is currently a student of Emily Horn and finds great comfort and inspiration in teachings from the Insight Meditation Movement, especially those of Tara Brach and Sharon Salzberg. She feels enormous gratitude for the community and support she has found at ODC. 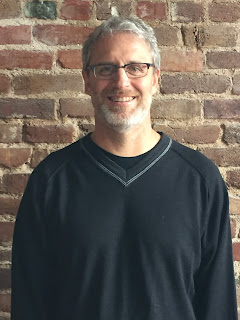 Jeff Everett and his wife, Kera, moved from Dallas to downtown Springfield in 2016, looking for a change of pace. Jeff has stepped away from his corporate law practice to pursue other interests, including his marriage, health, working out, Buddhism, meditation, coffee houses, laughter, and long walks with Kera. Their daughter Kelsea lives with her husband in the California bay area. Jeff has an undergrad degree in religion, having been curious about the meaning of life for some time now. Jeff has also been meditating regularly for almost a decade, initially as a student of the School of Metaphysics, then as a member of the Maria Kannon Zen Center in Dallas, and currently as a member of the Ozarks Dharma Community. 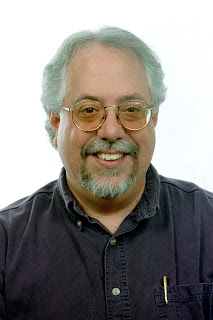 Don Hendricks has been a Buddhist practitioner since 1996 and a member of the Ozarks Dharma Community since 2010. He has attended retreats led by James Baraz, Shaila Catherine and Phil Jones. 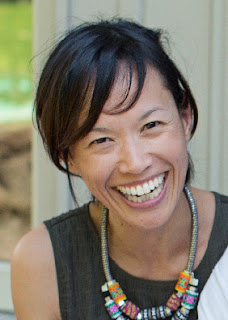 Rowena Raborar has been interested in neuroscience and training the mind since 1999 while completing a Masters of Science in Physical Therapy. After surviving her first silent retreat at Spirit Rock in 2007 she has wholeheartedly practiced Insight Meditation ever since. 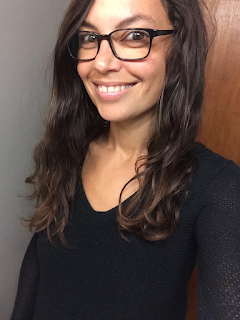 Janet Rock first became interested in Buddhism in 1988 while studying the art history of India. Maybe not coincidentally, this is the same time she became a vegetarian. An avid traveler, she has visited Buddhist sites around the world including the largest Buddhist temple, Borobudur, in Indonesia. While working in Shanghai, China, she lived near the Jing'an Temple, home to a large jade Buddha, and a very delicious vegan restaurant. Her current meditation interests include contemplative drawing as taught by John F. Simon, Jr., and radical self-acceptance as taught by Tara Brach. Janet joined Ozarks Dharma Community in 2016. 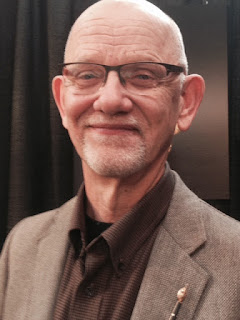 John Ruff started practicing with Ozark Dharma Community in 2007 or 2008 when it met on Walnut Street. He attended his first week-long residential retreat in 2008 with what was then Body of Work and has since attended retreats led by Leigh Brasington, Santikaro, Shaila Catherine, Vince and Emily Horn, Shinzen Young and Kenneth Folk as well as several week long self-retreats. He has worked under his teachers, Vince and Emily Horn since 2012. He completed a two year teacher training course with Vince and Emily in 2020 and was authorized by them as a dharma teacher in their traditions passed down from Jack Kornfield and Trudy Goodman on one hand and Kenneth Folk and Daniel Ingram on the other.


Meet our Board of Trustees 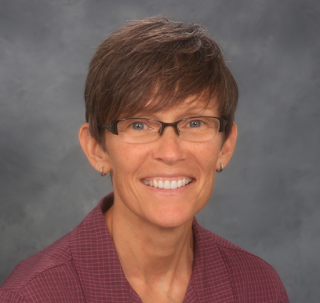 Kris Williams (President) is grateful to be part of the Ozarks Dharma Sangha and to have found a group of people who see the path as a way to learn, grow and support each other. She is motivated to continue her own growth to be of benefit to others.

Christie Cathey (Secretary) is a social psychologist who has long been interested in the study of the self - particularly in understanding the effects of culturally influenced self-construals on motivation, emotion, and cognition. She sees her attraction to Buddhism as a natural extension of her early academic pursuits. That is, what most draws her to the Buddhist path is its systematic methods of loosening one's self boundaries in ways that lead to greater peace, freedom, connection, and psychological well-being. She is currently a student of Emily Horn and finds great comfort and inspiration in teachings from the Insight Meditation Movement, especially those of Tara Brach and Sharon Salzberg. She feels enormous gratitude for the community and support she has found at ODC. 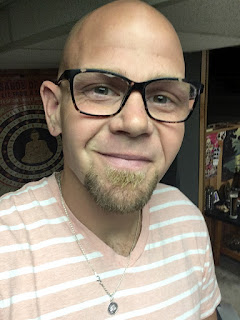 Justin Russell (Treasurer) I was riding a borrowed bicycle the first time I visited ODC, in flip flops. Showed up sweaty and late... a common theme in my life :D I was accepted with open arms, and have found more than support and encouragement- I found a home. Very excited about how this community has grown since I stumbled in, and very grateful for the opportunity to help it keep growing.

Darryl Evertsen I have been interested in Buddhism for many years and have been fortunate to visit some holy Buddhist places. ODC was a lifeline for me when I moved to the Springfield area. I enjoy the sangha and am ready to donate more of my time to assist in its planning.

Jean Parker Thank you for letting me be of service.

I have searched a path to peace all my life. I realize that I am most useful (and sane) when out of MY head. I found Buddhism 15 years ago and knew this was the road for me. I follow the Thai Forest tradition (Theravada) under Ahjan Chan lineage but find inspiration in many dear souls who share their path.

I moved to Springfield 4 years ago and found the ODC and knew immediately I found the Three Jewels through this Sangha. The ODC gives me the opportunity to help others and this community as well as meditate and share ideas, studies and hearts.

Rhett Roberson I've been meditating for six years now, a majority of which have been spent on and off with ODC. Upon making a trip to India in the fall of 2019, I took the Bodhisattva vow with His Holiness the Dalai Lama and made the commitment to invest more of myself in my community and specifically my sangha. The importance of keeping good spiritual company, as the Buddha taught, has become more and more clear. In early 2020 I went through teacher training with Lodro Rinzler and took formal vows with Lodro and Susan Piver. In that lovely ceremony Susan gifted me the refuge name Jigme Cholu. It means fearless dharma song. I only hope that my efforts here are of benefit to the sangha and ring the tune of a fearless dharma song. 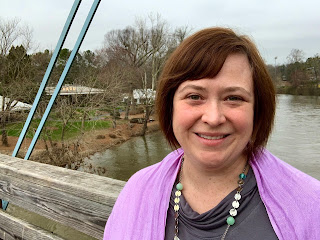 Linden Tucker has long been interested in the nature of the mind, and found meditation and Buddhism in 2015. She meditated on her own and went on several silent solo retreats before being introduced to Ozarks Dharma Community in 2017. Linden currently works with a national education and networking organizations as an executive director, but in the past, has taught freshman composition at Missouri State and OTC, ESL at Missouri State, and EFL at Justus Liebig University in Germany.

Our beginnings go back to 2001, when the Body of Works Meditation Group (BOW) was started by Dr. Neil and Cheryl Nathan, who invited two people from their Tai Chi class to begin a Buddhism study group. They would listen to recordings of prominent leaders of the Western tradition of Buddhism, meditate and then engage in discussion. Initially meeting in the Nathans’ home, they soon welcomed more practitioners and interested persons and moved to the BOW Yoga Studio at the Carlson Building in downtown Springfield in 2002.

In 2004, the time requirements of Dr. Nathan’s medical practice lead him to relinquish leadership to Sister Dipa, who held the position until 2009, when she joined the Mahapajapati Monastery in California. She was succeeded by Holly June Graves, who led our group through March 2015. Our community continued to grow, and with it our activities, including the Wednesday evening sitting at Brentwood Library (through June 2014), a Stream Team, a committed practice group, and an active online community. (See Visiting and Calendar for more information about times and formats.) We also have special activities, ranging from participating in a Kiva lending team to enjoying informal social gatherings to participating in online courses to organizing local retreats. In 2012, we began calling our group "Ozarks Dharma Community" to reflect these changes.

In February 2013, the Saturday Meditation Group met for the last time at the Body of Work Yoga Studio, which was closing. (Thanks to Tom Carlson, Joan Rosen, Kirsten Kukal and all the others who made it possible for us to meet in that lovely space for so many years!) We started meeting at Dinh Quang Buddhist Temple in March 2013. Thay and the Vietnamese community welcomed us with open arms. We are grateful for their hospitality!

ODC moved to a new location, National Avenue Christian Church, in July 2017 and incorporated as a non-profit in August 2017. See our bylaws.

Popular posts from this blog

Last updated 1/19/22 Due to omicron, all of our events have been shifted to online only events ; please join us on Zoom .  Here is a handy table of our Zoom offerings for your reference. If you have questions, please contact hello@ozarksdharma.org . Room Saturday Meeting ID Zoom Link Saturday Sit room Saturday Sit, 9 AM 225 818 0988 https://us02web.zoom.us/j/2258180988
Read more

Due to omicron, this course has been rescheduled to February 24, March 3, and March 10. We invite you to four evenings that seek to introduce the fundamentals of meditation and mindfulness. While the course will be taught by Ozarks Dharma Community members who have adopted Buddhist practices, the course is appropriate for a secular/non-Buddhist, as well as a Buddhist, audience; anyone willing to deepen their understanding of meditation concepts and practice approaches is welcome. Week 1: Introduction to Meditation & Posture - Rhett Week 2: Using Breath as an object of meditation - Kris Week 3: Working with thoughts - Don Week 4: Cultivating a daily practice - John
Read more 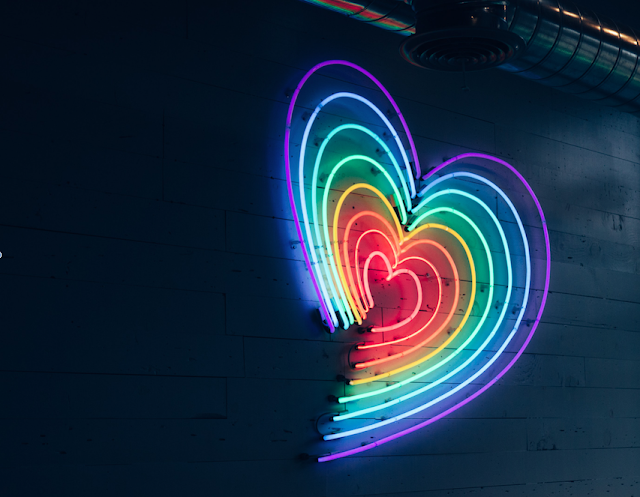 Dear Ozarks Dharma Community, As you know, the novel coronavirus situation continues to evolve rapidly. Our healthcare leaders have advised that reduced in-person interaction can help slow transmission of this virus. We live in an interdependent world, and can work together to reduce the potential for harm to ourselves and others. It is in this light that Ozarks Dharma Community has decided to suspend our regular in-person sessions on Saturday mornings and Thursday evenings until further notice. That said, we will continue to connect with one another, and to meditate together on Saturday mornings in a virtual setting, online using Zoom. We will begin to meet online starting Saturday, March 21st. Below is the URL/link that you can click on to join a “zoom meeting” to participate in our Saturday morning online sessions, as well as links and numbers you may need if joining by phone: URL/ link to Join our Zoom Meeting (updated 3/27/20): https://zoom.us/j/22581809
Read more